It has been a truly terrible week. Both children have been very, very sick. Georgie has had asthma and been on Ventolin, as well as antibiotics, and now we've just found out poor Charlie has RSV. They have been really sick. Basically this week has sucked.  Shane has come home (and it's so nice to have him here) but he has come home to a couple of whiny, unhappy, very miserable children and an unwell super stressed out wife. Fun and games round here, my friends!

I have been to the Doctor's every day this week. It's just been nuts. Mostly to monitor Charlie's oxygen levels. But yesterday I went in and I was positive that Charlie had something terribly wrong with him. Now generally I am not a helicopter parent. Most of the time I am pretty laid back. I'm a big fan of the 'she'll be right' attitude. But on Wednesday night, I spent all night sure that Charlie was really sick, because I felt a lump in his chest just under his ribcage. I was terrified it was a tumor, I made the mistake of Dr Googling it, and was convinced at the very least it was a hernia. So all night my head was going a mile a minute. In fact, when I went to the Doctor's and she said it was just his breastbone sticking out, (and I just noticed it because he's lost weight and is breathing very rapidly) it took me a while to get myself out of the 'my baby is dying' mindset. That's how stressed I am.

All week I have been craving cupcakes. Specifically, a vanilla cupcake with chocolate buttercream icing. I don't know why, and I can't adequately describe it. But I have really wanted a cupcake. It's like in my head it will make everything better.


Yesterday so great was the craving that I ended up ducking into the bakery to get a cupcake. They didn't have chocolate icing, but they did have strawberry. And I thought that will work. So I took it home, and while the kids managed to have their naps overlap for 20 minutes I took some time out with my cupcake. 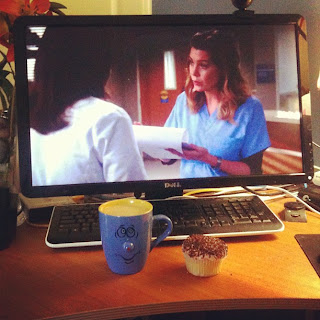 And it was all wrong. The icing was good, not chocolate, but good. But the cake, it just tasted bought, you know? So in the end I decided screw it. My house is a mess, the kids are sick and everything sucks. But I am making some damn cupcakes. 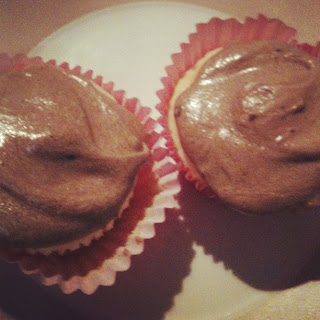 And you know what? They were good. They didn't magically make everything better. But they helped. They were slightly soul-restoring. There is just something so deeply satisfying about a good cupcake. It filled a hole I didn't know existed. I used a favorite recipe from the Day to Day cookery book, which is the book my Grandma used. And it just makes the most amazing cupcakes ever. They are soft, and melty and so absolutely cakey. The icing isn't the one I normally make. It had way too much butter, but, my goodness it was perfect! Just the right chocolatey sweetness. Sure they were very, very bad for me. They are not going to do my waistline any favours. But oh, they are just so good!

But I can make some seriously awesome cupcakes. And that helps. 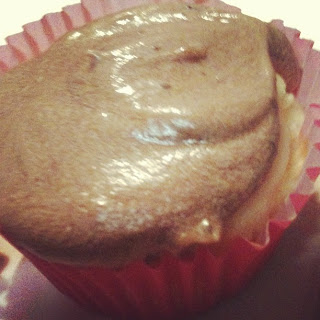